What would God say if God was the U.S. Government’s Debt Counselor?

What would God say if God was the U.S. Government’s Debt Counselor?
Posted by Admin on October 1, 2013 in Blog, Resilience
0 Comments 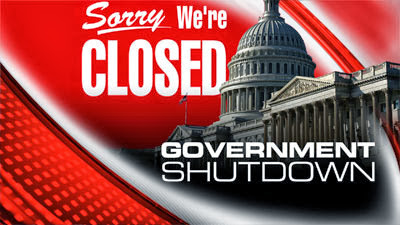 Last night Democrats and Republicans in congress played out a familiar scene of infighting over the debt ceiling and what funding should be cut to balance the budget. This morning threat became reality when our government shut down. As I walked past Independence Hall in Philadelphia, the birth place of American democracy, I was struck by the overwhelming fact that I could no longer enter its doors.

It was then I was reminded, what this country needs is a good old-fashioned debt counselor. Don’t be confused. I’m not referring to a debt consolidator. Those guys live off the misery of others. They’re the for profit companies that offer to take over your debt and deal with your angry creditors as long as you agree to pay them a hefty sum of money. Then they put you on a payment plan, tell you not to answer your phone to ANYONE unless you’re related to them, forward all nasty mail to them and simply lay low until the whole thing blows over. It takes about three years, but eventually the entire fiasco becomes ancient credit history and you’re free to get yourself right back into the very same hole you just crawled out of. So no, I’m not talking about debt consolidation; I’m talking about debt counseling.

Debt counselors, on the other hand, are usually staffers of non-profit agencies that provide free counseling to individuals on how to get out of debt and never get back into it again. These folks are the ones who sit down with you and help you make responsible and lasting changes to spending habits. The service is private and addresses income issues as well as outcome spending.

Yes, a debt counselor is definitely what the U.S. needs right now. But who could qualify for such an enormous task? Politicians perhaps? Certainly they’re intimate with our economy. And they have a stake in our future. But then I thought better of it, because, after all, they’ve already had a crack at this and haven’t been particularly successful.

No, the U.S. needs someone with altruistic motives. We need someone with a non-profit background, someone who doesn’t have corporate lobbyists pulling their strings.  That’s when it occurred to me. God would make an excellent debt counselor. The question is, “What would God tell us to do to get out of debt?”

Would God say, “Listen, you’re spending way too much money on the elderly. You’ve got to cut back on this Medicare nonsense. And this three percent you spend on education, you really ought to whittle that down by a percentage point or two. And then there’s health care for all your citizens. Don’t even dream of trying to make sure everyone gets medical care when they need it. That’s just frivolous. Oh and another thing. Those people who live in poverty, and need assistance, well too bad for them. You’ve got no money for that. And what’s this ridiculous idea about giving police officers, and fire fighters, and social workers and teachers a decent pension? They’re not so special. Now what you need to spend your money on is bombs. Fighter jets with equipment that can precisely kill anyone you choose. And of course, you’ve got to keep supporting the wealthy. Do not, under any circumstances raise their taxes because they’re the special ones and we need to protect them.”

Somehow, I don’t think that’s the sort of counseling God would do. So the next time you hear a politician who invokes the name of God yet wants to cut away at our social supports, ask yourself, what God is he/she communing with? Certainly it’s not the God that I believe in.

Whatever your belief, most would agree that our present process is not working. Democracy is built on dialogue. What do you think we need to do to fix this mess?