The Secret Revealed by The Walking Dead: You May Have More in Common with Rick than You Think!

The Secret Revealed by The Walking Dead: You May Have More in Common with Rick than You Think!
Posted by Admin on December 10, 2014 in Blog, Resilience
0 Comments

“I felt like I’d been ripped out of my life… and put somewhere else.” -Rick Grimes

Rick’s transformation begins with him waking up post shooting, lying on a hospital bed,  in a terrifying nightmare world that has been ripped apart while he was in a coma. He is paralyzed to do anything about it, frantically trying to uncover the whereabouts and wellbeing of his wife and son. Traumatizing? Check. 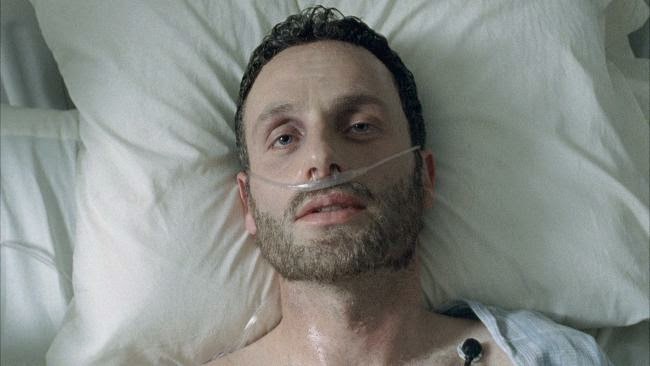 The people of “The Walking Dead” have seen a lot of violence and suffering in their quest to survive. While some thought that the title of the comic/show referred to the undead who litter the landscape, it could be more accurately given to the living survivors. They do whatever they can to survive, trying to put the pieces back together and hopefully doing some good along the way.

TWD has never been about zombies. It is about human nature and the will to survive in the face of trauma and suffering, in a world that happens to have zombies. 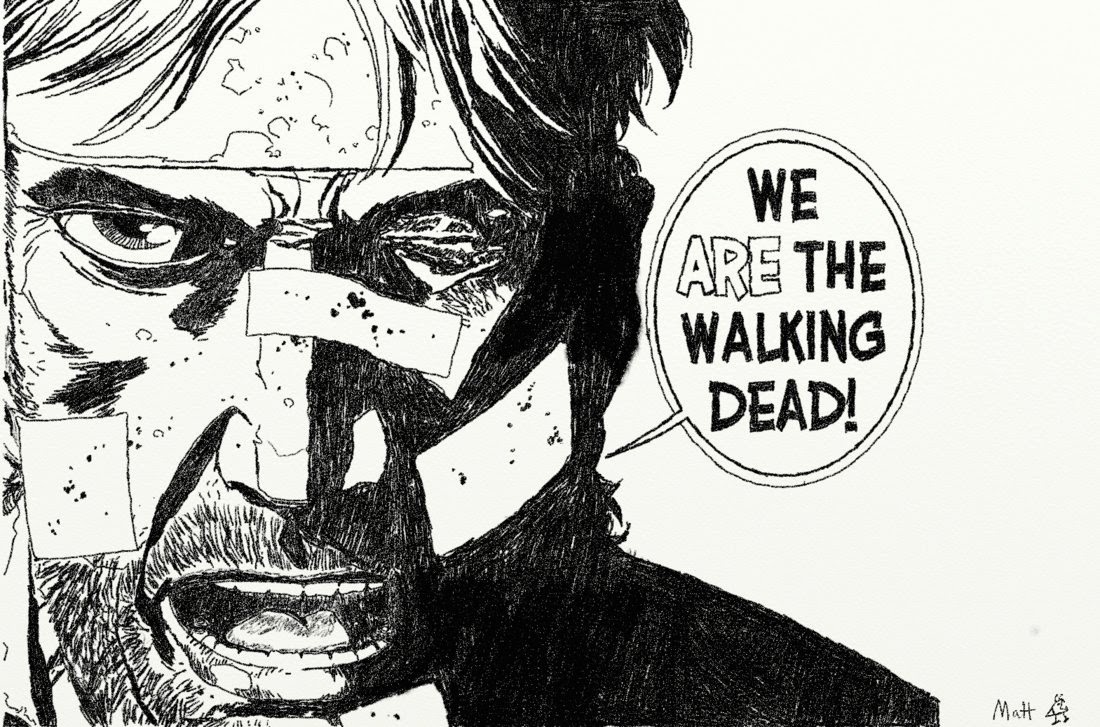 As a behavioralist whose work focuses on resiliency building, I am often thinking about the strength of the human spirit when dealing with seemingly insurmountable obstacles. In fact, almost every member of the Red Kite Project team seems to love TWD.  Perhaps its because it is an incredible depiction of the different ways that human beings deal with traumatic injury or “PTSD.”  Or maybe, its just an amazing show? Besides being extremely entertaining, it expertly brings to light the side effects and behaviors of some individuals who are dealing with trauma. Some researchers believe that 9 out 10 people will experience mental health issues at some point in their lives. While there has been some criticism that the show focuses too heavily on relationships and the characters emotions, for the sake of realism it wouldn’t make sense to do it any other way. 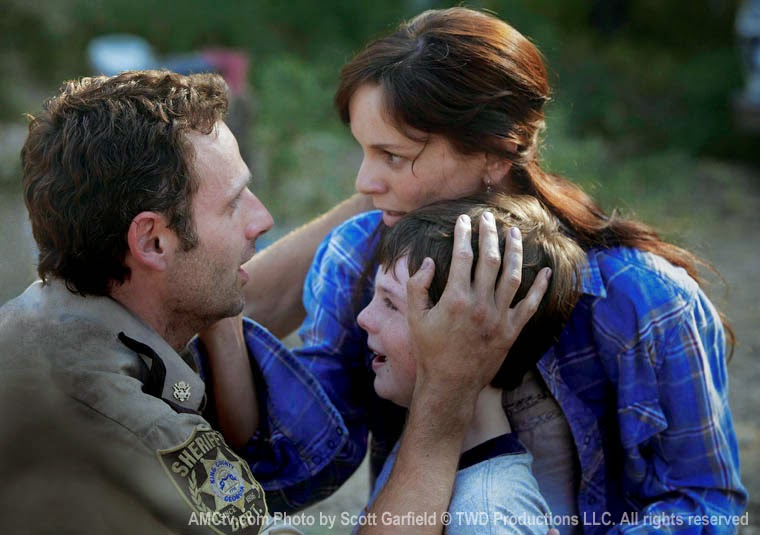 Even though it is a part of life, many still regard mental “illness” as a secret they must keep hidden because of the bias, misinformation, and shame that unfortunately surround this topic. For Rick, Carol, Daryl, Carl, Michonne, and the other series regulars, they have suffered so much that they make it a point to discuss how their traumatic experiences have changed them. They normalize a part of the human experience which is often kept in the dark.  Even though they are TV and comic characters, they are having powerful conversations about how they transform and overcome trauma.

So what is trauma?  According to Dr.Peter Levine, a pioneer in the field of trauma healing, traumatic injury can occur, “When an individual feels threatened, regardless of it being a real or perceived threat, and is overwhelmed by that threat.”

Think the definition is broad? It is. Trauma can be caused by many things, not just witnessing or experiencing violence. Longterm illness, being laid off or fired from a job, divorce, a sudden move to a new place, experiencing natural disasters, car accidents, and surgeries, are all events that can trigger the effects of trauma. Ignoring the horrible events of Mayberry and the Governor,  The cannibals at Terminus, or the countless deaths of loved ones, just the constant fear and lack of food is enough to traumatize every character still alive. Interestingly, many characters on the show had already experienced some form of trauma before the dead rose.

The symptoms of trauma?

As the story progresses’ we see certain behaviors in our favorite characters that indicate that they may be experiencing the effects of trauma: 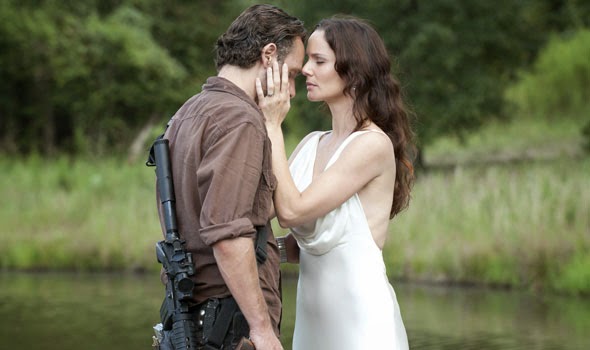 –Isolation – After Lori dies we watch Rick, the communicative team player retreat inside himself and turn away from the group. In his grief, he begins to have visions of Lori. 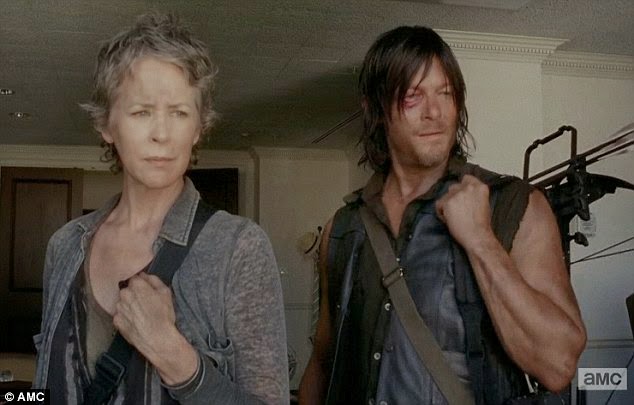 –Loss of identity -Who we were before the traumatic event feels different than who we become. Carol has a quote in Season 5 episode 6 , Consumed, where she describes this feeling to Daryl,”Who I was with him, she got burned away, and I was happy about that. I mean, not happy, but at the prison I got to be who I always thought I should be, thought I should’ve been. Then she got burned away.” 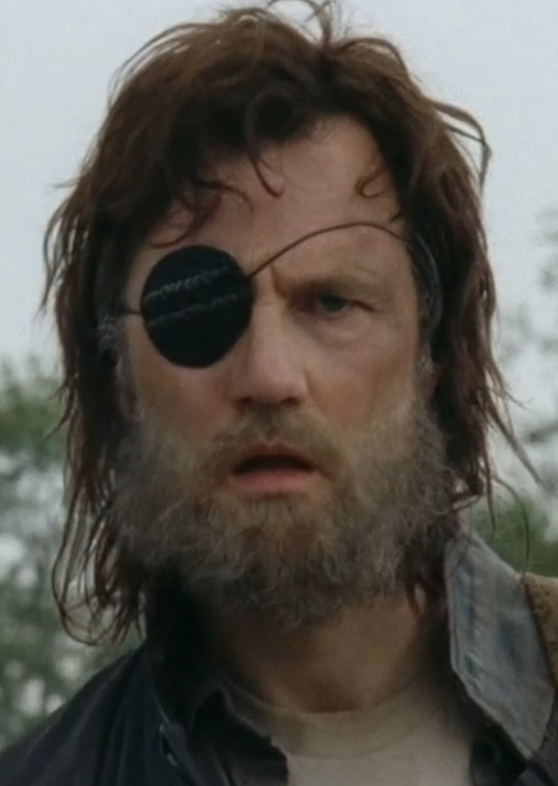 -Numbing- The Governor completely shuts down after Mayberry. We  watch him aimlessly drift in a detached state seemingly unconcerned about losing his life.

-Over Stimulation or “Hyper Arousal”-

-Grief and Depression – These emotions seem to be a constant fog that hangs over the world of TWD.  Short moments of joy pierce through.

-Explosive aggression  Tyreese, usually a pacifist (by the Walking Dead standards) attacks Rick after he discovers the death of his lover, Karen.

-Highly agitated- Carl has a serious bone to pick with Rick after they flee the prison. Even as his father is near death on the couch, Carl has a hard time controlling his anger towards him.

-Inabillity to stay present in the moment or inability to concentrate- Thankfully none of these people have to attend school. Carl would most likely be unable to function in a normal classroom setting and would possibly have been misdiagnosed with ADD or ADHD. When you are anticipating a threat from all directions, it’s hard to focus in on just one thing.

-Self-medication – Bob risks his life and endangers the crew twice to get alcohol so that he can “quiet things down.” This puts his relationship at risk with Daryl and the rest of the group.

-Self destructive behavior like putting oneself in harm’s way or taking unnecessary risks.

These are behaviors that we see in almost every episode of the show. These are also behaviors that we may recognize in our community members,  loved ones, and ourselves.  There are different paths that people walk down in order to heal or get their sense of power back that is frequently lost in traumatic events.

Healing from trauma is not a straight line. It’s more like spiral and on some days we function better than others.  It’s part of the human condition to experience suffering and pain, but so is perseverance and survival in the face of extreme circumstances. When recovering from trauma, we may feel like we are the “walking dead.” Like the characters in the Walking Dead, we are survivors doing our best to put the pieces back together, and perhaps helping a few others along the way. This journey doesn’t have to be a secret anymore. 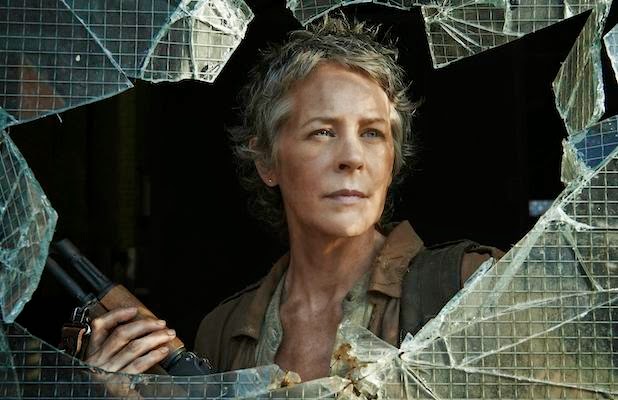 If you would like more information on trauma, traumatic injury, or PTSD, we recommend The Body Keeps the Score by Dr. Bessel Van Der Kolk or Waking the Tiger by Dr. Peter Levine.

This article is not authorized by AMC and does not represent the views of the network, the cast, or the show/comic creator Robert Kirkman.