Don’t Get Manipulated: How to Spot Deception, Lies, and Manipulators

What is the cost of falling for a manipulator? For some, it could be losing out on a job promotion, having your pension taken in a bad investment, finding out too late that your spouse has been having an affair, or being traumatized or killed. When we hear about the individuals who callously con, hurt, and destroy from friends or on the news, we’re usually left asking questions. “How did they get away with it?” “Could anyone have stopped them?” Yes, they could have been stopped. One of the best ways to catch manipulation before it wreaks havoc on our lives is to hone our behavioral analysis abilities.

Most human beings without training are able to detect deception with about fifty percent accuracy.  Reading and maneuvering manipulation is a skill, and it can be improved upon.  Whether you’re dealing with a coworker, a lover, a friend, or a stranger on the street, these tools are invaluable.  Beyond avoiding the loss of pride that comes with being manipulated, you could potentially avoid losing your money, your sanity, or your life if you can spot a manipulator in the act. There are three parts to detecting manipulation: norming, observing common non-verbal cues of deception, and spotting verbal signals.

Almost all human beings have a baseline, or a general way of being.  To “Norm” someone, you need to discover his or her baseline, or how he or she acts when they are at ease. It’s easier to read people that we know well because we’ve had significant time to Norm them and learn how they look when they are calm or triggered in some way. We do it without thinking and it’s one of the oldest survival mechanisms that humans have. Being able to recognize quick and drastic changes in others’ behavior that warn us of impending violence or active deception can be tremendously useful, if we learn to stop ignoring our gut instinct. Like a polygraph test, figuring out the truth has to do with spotting changes in a person’s demeanor.  Developing an accurate baseline of a person will make it easier to determine when a person is reacting, and what kind of reaction they are having.

When I norm someone I do a quick scan of their body and pay specific attention to certain behaviors: 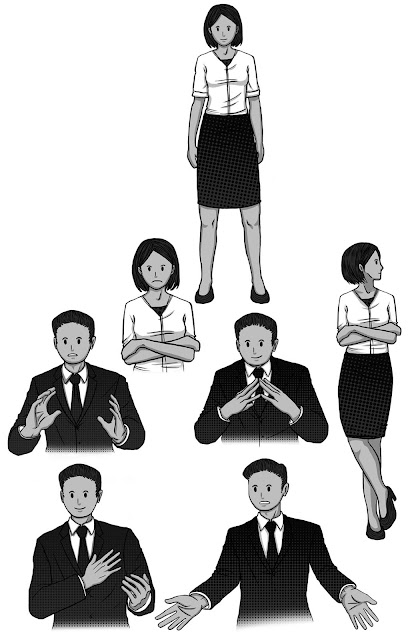 Getting in the habit of people watching in a public place can be a great way to build up your norming ability. Speech tone, body positioning, verbal cues, and even blinking or pupil dilation can play a role in norming someone.  Alcohol intensifies emotional displays and lowers inhibitions.  It can be easier to spot the exaggerated expressions of aggression, territorialism, competition, seduction, or sadness in a bar. Find a person’s “norm” and then pay close attention to when their behavior changes.

COMMON CUES FOR DECEPTION OR CCD –

Now that you understand how norming works, it will be easier to apply this list of Common Cues for Deception to increase your behavioral awareness.  If you know what to look for, it will be easier to spot these cues when they happen and not ignore your gut instinct.  If you see someone exhibit some of these signals it doesn’t necessarily mean that they’re lying or that they are purposely manipulating you.  However, these gestures may reveal that someone is nervous, uncomfortable, or trying to win your approval.  It’s up to you to decide how to use that information.

Practiced liars and manipulators tend to do the opposite of what we have all been taught about lies.  So how do we spot them? Look for the ones who seem too helpful or someone who is uncomfortably friendly.

Unpracticed liars may experience fear or discomfort around the act of lying or manipulation. The common signs of discomfort are:

Are you observing clusters of these cues?  That’s a sign to keep an eye on the person who is exhibiting them.

You have an understanding of how to norm, the common non-verbal signals of deception, and now we need to put the whole package together. Manipulators, even skilled ones, leave clues for us. If we are observant and vigilant, we can spot the many verbal cookie crumbs that are left behind in someone’s quest for power over you. Certain verbal indicators give away a person’s intent to manipulate. Have you recognized these before?

Just having read this article, your behavioral awareness has increased.  This means that your chances of spotting these warning signs have improved.  Please use this information wisely and be vigilant for those who may seek to control you or do you harm.  Trusting your gut and remembering what to look for may be the difference between spotting a scam, an affair, or staying alive. Good luck out there.